The Daily Echo: The Mayor You Don’t Know–Satish Hiremath: August 6, 2018 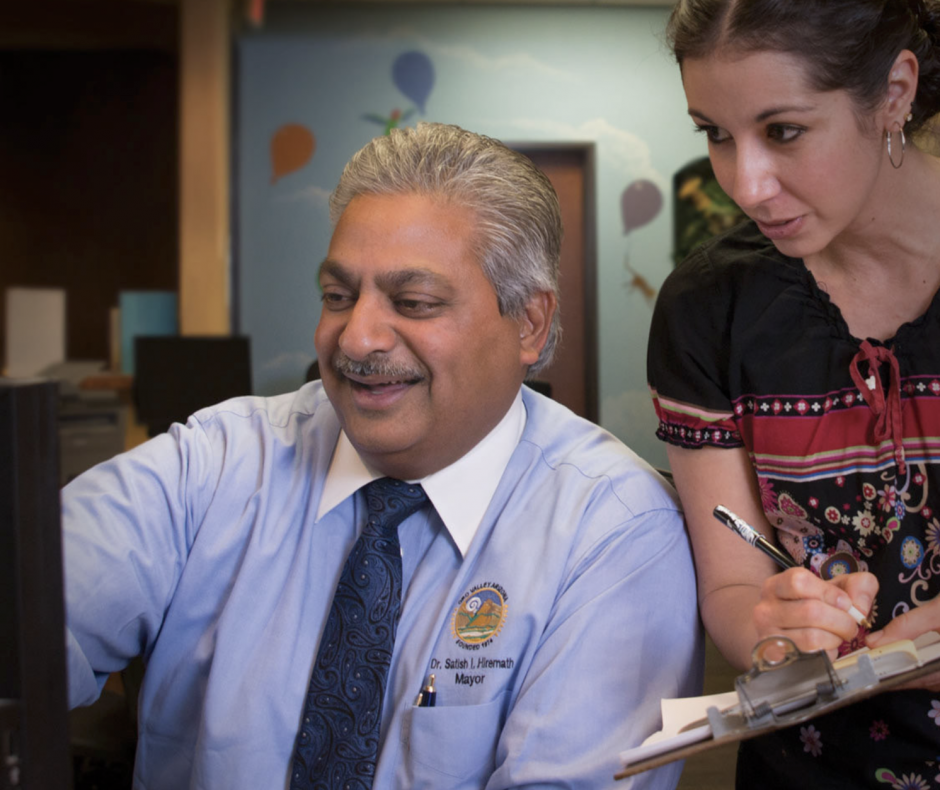 I can always tell when an election is upon us. First the signs…..Signs everywhere promoting their candidate. I always notice the chatter of patients in my office engaged in conversation about the candidates. Is seems a recent trend these days has turned to discussing more of the “dirt” of the other candidate rather than the merits of one’s own. Although I am not a resident of Oro Valley I can no longer sit idly by and watch a good man get torn down by some of the political nonsense I have seen and heard. For over 20 years I have know Dr. Satish Hiremath as a friend. This is what I have observed over that time.

Dr. Satish Hiremath is the most selfless, kind, and caring human being that I have ever met and to watch him being publicly trashed sickens me. This is a man who came to a community 28 years ago and went to all of the senior care facilities in and around Oro Valley and asked their staff for a list of residents who had no one visiting for the holidays. There were over 60 seniors the first year that were going to be alone. He asked the staff at these facilities to provide a customized list for each one of the residents as to what they needed for Christmas. The list included haircuts, postage, books, toiletries and warm clothes to give you an idea. Satish then goes out and not only buys these items, but he also hires hairstylists and manicurists to provide services to the senior residents. The incredible thing is that he did this anonymously. He and his dental staff gift wrapped all of the presents and when they dropped them off to the staff at each facility, they were instructed that if a resident asked who the gifts and services came from, they were to respond “Santa Claus”. Six years later, there was not a single senior resident at these facilities that didn’t have someone coming or caring for them at Christmas.

This is also the same man who for almost fifteen years has provided free back-to-school dental exams for any child kindergarten-12th grade. Completely free. And do you know why he does this? Because he wants to instill a sense of responsibility and caring in kids so that when they grow up and spread out all over the country that they know that they can, and should, make a difference in their own communities for no other reason than it’s the right thing to do.

Other examples of his kindness and caring selflessly? He is the title sponsor of the Oro Valley Holiday Parade for over 10 years now. When the Town decided not to fund the parade he stepped up and made sure that the parade would continue for the residents to enjoy. He donated the Children’s room in the Oro Valley public library, contributed to many organizations and sponsored many events since moving to Oro Valley over 28 years ago. Again, he does these things for no other reason than it’s the right thing to do.

If anyone sits down and just talks to him, you can’t help but leave a better individual after having met him. I would be willing to bet that people who have formed a negative opinion of him have never really sat down and had any kind of an in depth conversation with him yet they say negative things about him in the media as if they know him.

Oro Valley is very fortunate that Dr. Satish Hiremath is their Mayor. Why he continues to endure this nonsense is well beyond my ability to comprehend. The next time you see a nasty sign about him or hear anything bad about him, think twice before just accepting what they say as fact. Odds are that they have an ulterior motive. Politics is a very dirty game. Don’t fall for it. I am quite sure that he is going to be upset with me when he sees this letter because he doesn’t like the limelight about publicizing all of the good he has done because he does them for no other reason than it’s just the right thing to do. I can assure you that I am not the only one who can share a story of kindness, compassion and caring provided by him. Those stories are the real Mayor that you don’t know.

The Daily Echo: Every Parent at Disneyland (Except Inger): August 7, 2018